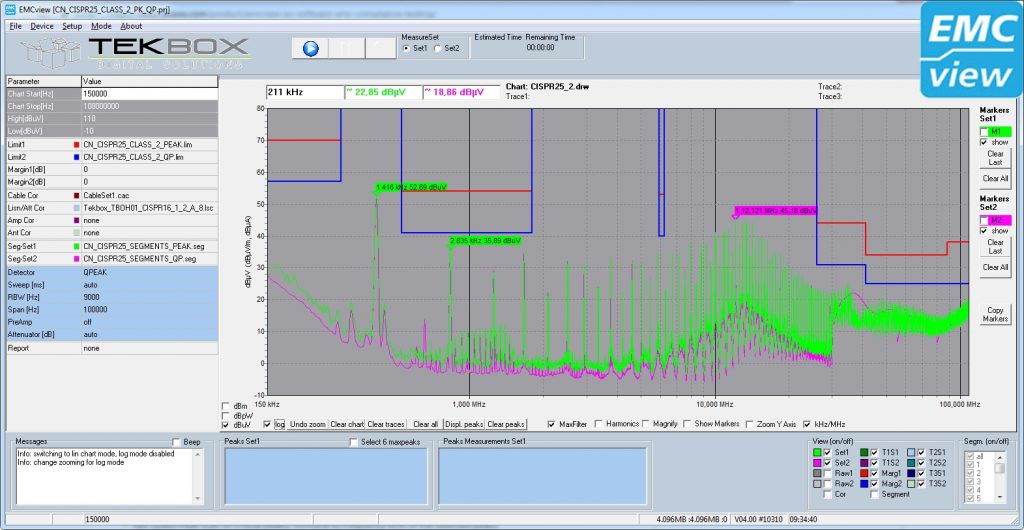 Why do I need a software for EMC pre-compliance testing?

AN Amplitude units and conversion in EMCview

AN Antenna factor in EMCview

There is no need for a time-consuming setup. The SW is ready for measurements straight after installation. All emission related CISPR-xx (EN550xx) measurements and a few automotive manufacturer standards are pre-configured in corresponding project files.

The graph supports two complete measurement runs such as for example Average / Quasi-Peak or Peak / Quasi Peak and alternatively a fast Quasi-Peak scan of critical peaks.